On Wednesday the 4th of December, 2019, the Concerned Parents and Educators (CPE) group, a popular group on Facebook with a burgeoning reputation for humanitarian activities, visited the Honourable Commissioner for Education in Lagos State, Mrs. Folasade Adefisayo at her office. This goodwill visit turned out to be an educative and enlightening one, as several key issues faced in the Education Sector in the state were discussed. 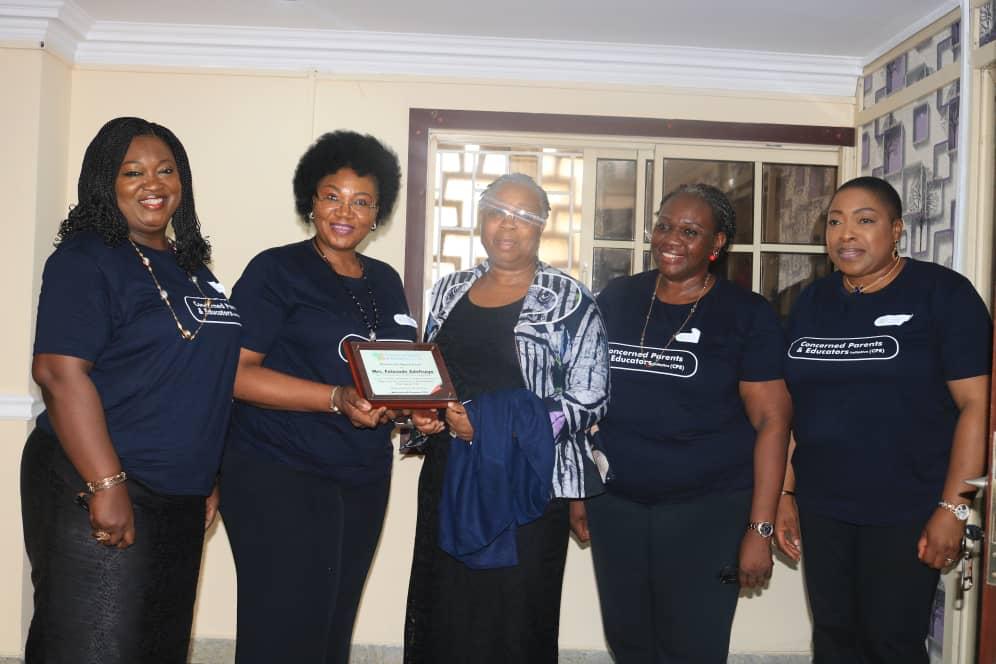 The CPE group led by Mrs. Yinka Ogunde, the founder, exchanged pleasantries with the Commissioner. This was then followed by a speech by Mrs. Toyin Idowu, a school owner and group admin, expressing joy at the appointment of the commissioner on behalf of the group. “We are happy that education has been entrusted to a passionate and deeply concerned educationist and we trust that in your time, there would be a positive change in the landscape of Education in Lagos State”, she added.

Mrs. Idowu went ahead to outline a couple of suggestions to Mrs. Adefisayo with regards to education in the state, pointing out her belief that these reforms would “be of immense benefit in the short, medium and long term to all stakeholders in education”. She concluded her speech by expressing the CPE’s willingness to assist in the educational reform in the state by asking “How can CPE support your administration as the Commissioner for Education in Lagos State?”

In response, Mrs. Adefisayo praised the work of the CPE and appreciated the visit. She acknowledged the group as a means by which she, as an old member of the group, keeps tabs on the recent happenings in the society. She also noted the rather harsh temperament of some individuals and blames the state of things in the society as a major factor affecting this, proposing reformation for such ones as the way forward rather than ostracizing them. 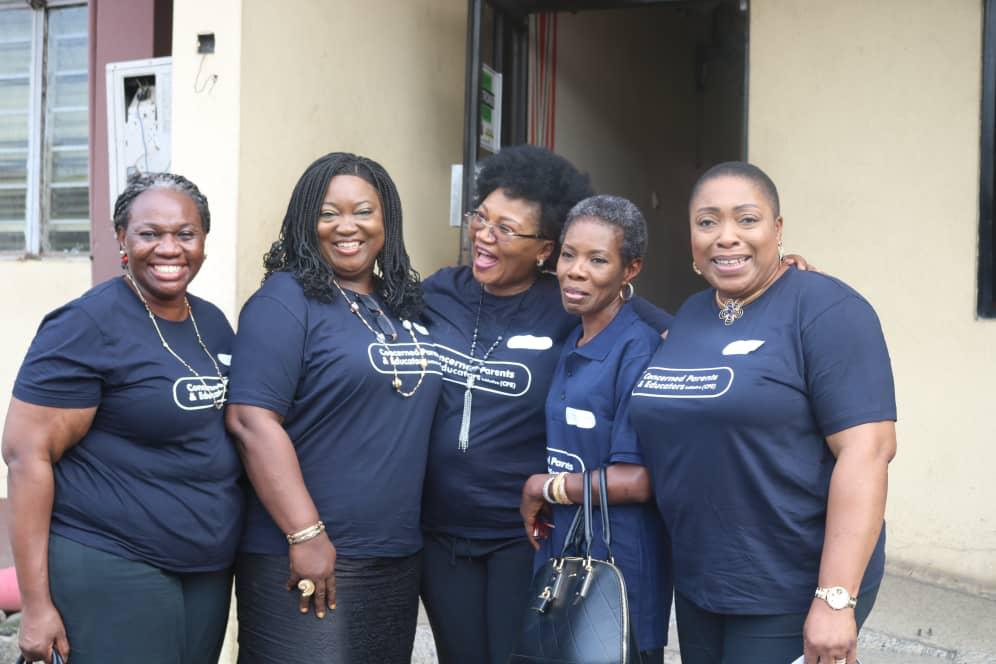 Mrs. Adefisayo went ahead to address the suggestions raised by Mrs. Idowu in her speech. On the issue of parents making their children skip the determinant classes (Primary 6 and SS 3), she called for the assistance of the CPE to promote a campaign against this trend to start in January. “Some parents don’t understand what they are doing”, she said of the trend. She further went ahead to use her experience as a 15-year-old in the university as a reason parents should discourage this. “I did not enjoy my undergraduate experience. I was so shy [and] frightened… I would cry at times”, said she as she went on to explain that a certain level of emotional maturity was needed for children to thrive in the university and other higher institutions of learning.

Another issue dwelled upon was on Teacher Trainings for Public School Teachers in Lagos State. She announced that a big program to train about 4000 teachers in the state would commence on Monday, 9th of December. This, she explained, was the reason behind the internal, but a now-viral memo sent out indicating the earlier vacation and later resumption of Public Primary Schools. Mrs. Adefisayo also talked about plans for the restoration of Public Schools and the social ills faced by the children including an alarming rise in suicide cases. 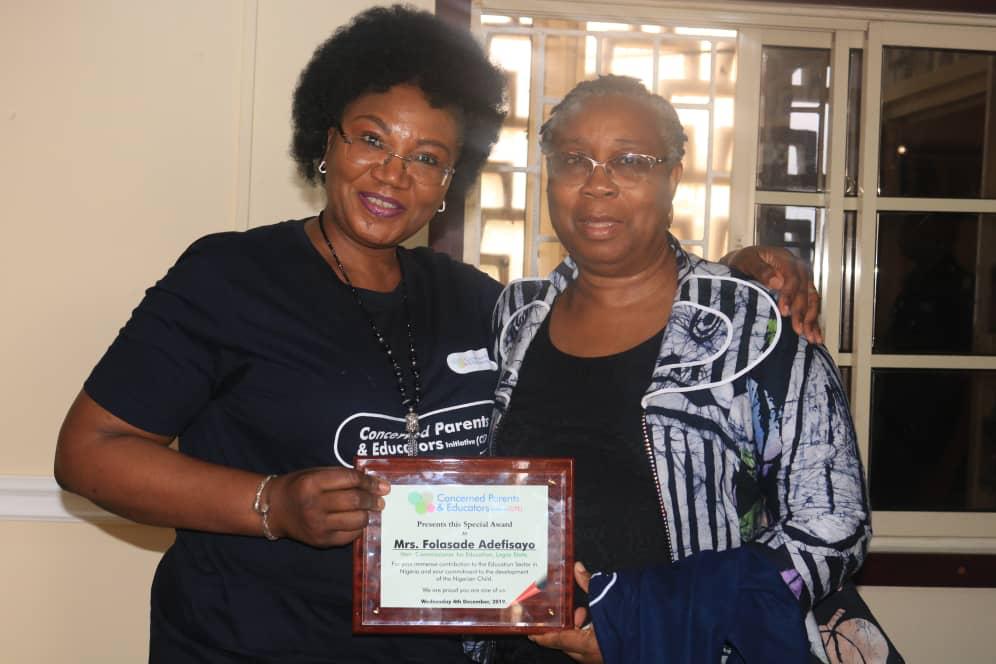 After the commissioner had spoken, Mrs. Ogunde talked about the group’s excitement when the Commissioner was appointed. She also spoke of the group as a valid means of spreading information, and about making the information viable by verifying every post put up on the group despite the difficulty of the task. She went on to highlight some noteworthy accomplishments of the group, most notably the assistance rendered to schools and pupils of Low-Cost Schools. She spoke of the willingness of the group to support the commissioner’s efforts. “CPE is ready to support in whatever capacity that we need to”, she added.

Concerned Parents and Educators Network (CPE) is at the forefront of agitation for education reforms in Nigeria. At CPE, we are committed to driving change in the education sector and homes. Members are concerned about the quality of formal or informal education offered to the Nigerian child, as well as values presented to her. Join the group on Facebook: Concerned Parents and Educators.

Your widow’s mite can go a long way to supporting a future leader!

If you fail to discover your “WHY” as a teacher, you may need to plan an exit strategy says Soji Oyawoye

Mr Soji Oyawoye, the CEO of Resource Intermediaries and Guest …

“Get involved, stay involved…’’ says Fela Durotoye at the save education in Nigeria dialogue

Members of the Concerned Parents and  Educators Initiative have been …

CPE Advocacy campaign rounds up with “Speak Out” Dialogue programme

CPE moved a notch higher to solidify its movement …

CPE Advocacy efforts shines through again ,as the initiative’s “Save …

Press Release In concluding the four-week nationwide advocacy campaign for …

Following the decision to involve and partner with religious bodies …

There is nothing ever so touching as a warm gift, …

In what was a very emotional yet fun-filled day, the …